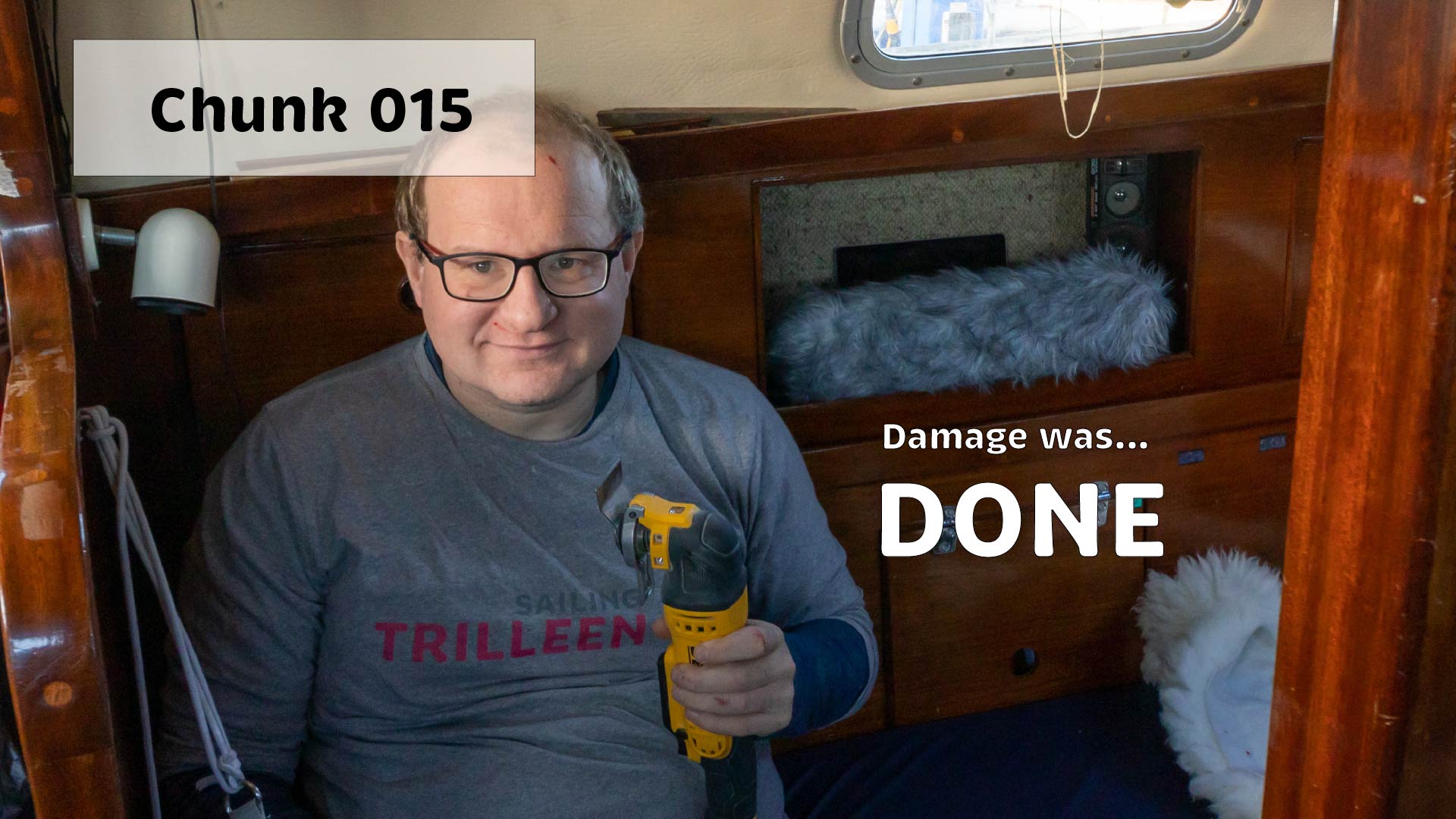 Hi. I’m in Wyllie. I’m Sailing Trilleen round Britain and Ireland over the autumn of 2022 and the spring of 2023 to support the Andrew Castle Foundation. They got me back sailing and racing independently after a spinal injury and serious mental illness. Their work in promoting disability inclusion in sailing inspires me.

Good morning and welcome back to Sailing to Trilleen This morning I am working in the head. That’s nautical speak for the bathroom and in this boat. I’m very fortunate and it fits my needs very well because essentially the whole forward part of the boat is designated to liveability to shower and toilet and that sort of facility, which makes this small boat much more usable for me.

And the bay behind me, the cupboard as it’s going to be is going to be a medical storage facility essentially where I can store equipment and supplies
that I need to look after myself well. But there’s a problem. People’s medical needs change sometimes quite dramatically. Mine have done so various points. And also the manufacturers of medical supplies are not known for keeping a standardized packaging size for their items. So something really simple, like product being unavailable can suddenly mean that you’re getting catheters or other products in bags or boxes, which are very different dimensions, which is a nightmare for designing a storage bay.

So I’ve decided that whatever happens in this bay needs to be fairly open plan, but obviously able to be lashed down when the beaches are safe and reconfigurable as much as is possible. The other thing I’m doing in here is that the hull behind me is not insulated. So it’s just glassfibre and water or air, and that can cause condensation and mould Now, these things are not very desirable in a storage bay for medical equipment. In fact, they’re not desirable in any bay, but you get my understanding

So one of the things I’ve done to try and remedy this is that the heating fix that we’ve put in has put a nice warm air heater at the bottom of this cupboard. So although it’s not blowing into the cupboard, the natural heat from it rising off by convection will percolate upwards. So the other thing is going to be going on in here is that the cupboard shelves need to be permeable so that hot air or just draft can rise up through the cupboard and exit at the top

One of the other things that’s been going on is that I’ve been dry fitting some dinky little 50 watt solar panels onto the guardrail where on many boats you find a spray dodger that says the base name These panels are going to be mounted onto a piece plywood or possibly onto a dinky stainless steel framework in some ten, ten mm steel or something which will allow them to hinge up like this so that they can take the best sun during the day. But at the same time, I want them to be able to fold flat like this so they can get in the way when the boat is docking or is in a tight spot

These are 50 watt panels so we’ll have to one either side and that’s 100 watts of power theoretical maximum coming in six to 8 hours a day. So we apply a fudge factor, Kind of expect about half that so 50 watts between the two panels coming in most of the day certainly this lattitude that is a respectable amount of power and it should go a long way to running things like navigation lights and electronics for navigation. It won’t go a huge distance in terms of the power budget. And there are some other places on the Boat where I could get a 50 watt panel maybe. And the classic thing to do obviously is to put a big gantry on the stern of the bay and to work a couple of hundred watt panels up there, or certainly in the case of this 100 watt panel. And that would be really helpful in terms of power.

But because I want to steer the boat with a wind vane, I don’t really want to get into the business of putting a massive gantry onto her because it will interfere with the airflow, over the paddle of the wind vane that steers the boat If I have to be, I guess they’ll have to go down that route, but I’d rather not.

So the other thing that we’re thinking about is how to get the power cables for the panel, how to get them into the boat in a good way. That’s going to not cause too many trouble, too many problems and also so that the run to the distribution board is as short as possible, because the longer the run, the more is lost in in resistance and we don’t have very much to lose to start with. I will probably going to be fitting a gland onto this coaming here to take the power through. But obviously, as you can see, there’s cleats here and we’ve got to avoid those and we’ve got to avoid damaging the cable so that’s going to be an interesting problem to solve.

But it appears that I can still use a measuring tape because I want these panels to essentially sit between the two guardrails so that when we’re moored these these lines can come out from underneath the panel without causing any problems. So I’m pleased that the measurements have turned out to be what the measurements were meant to be. 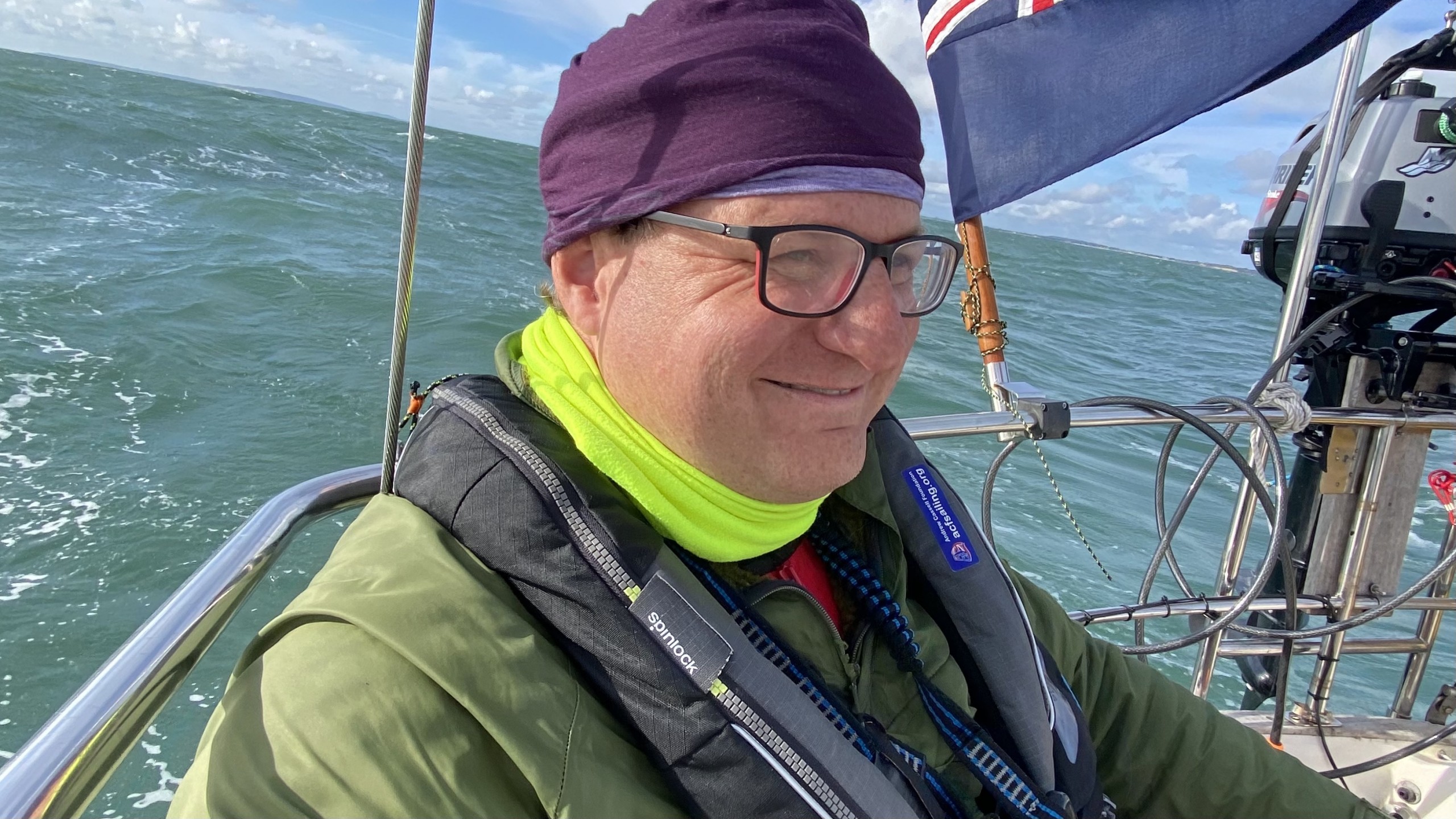 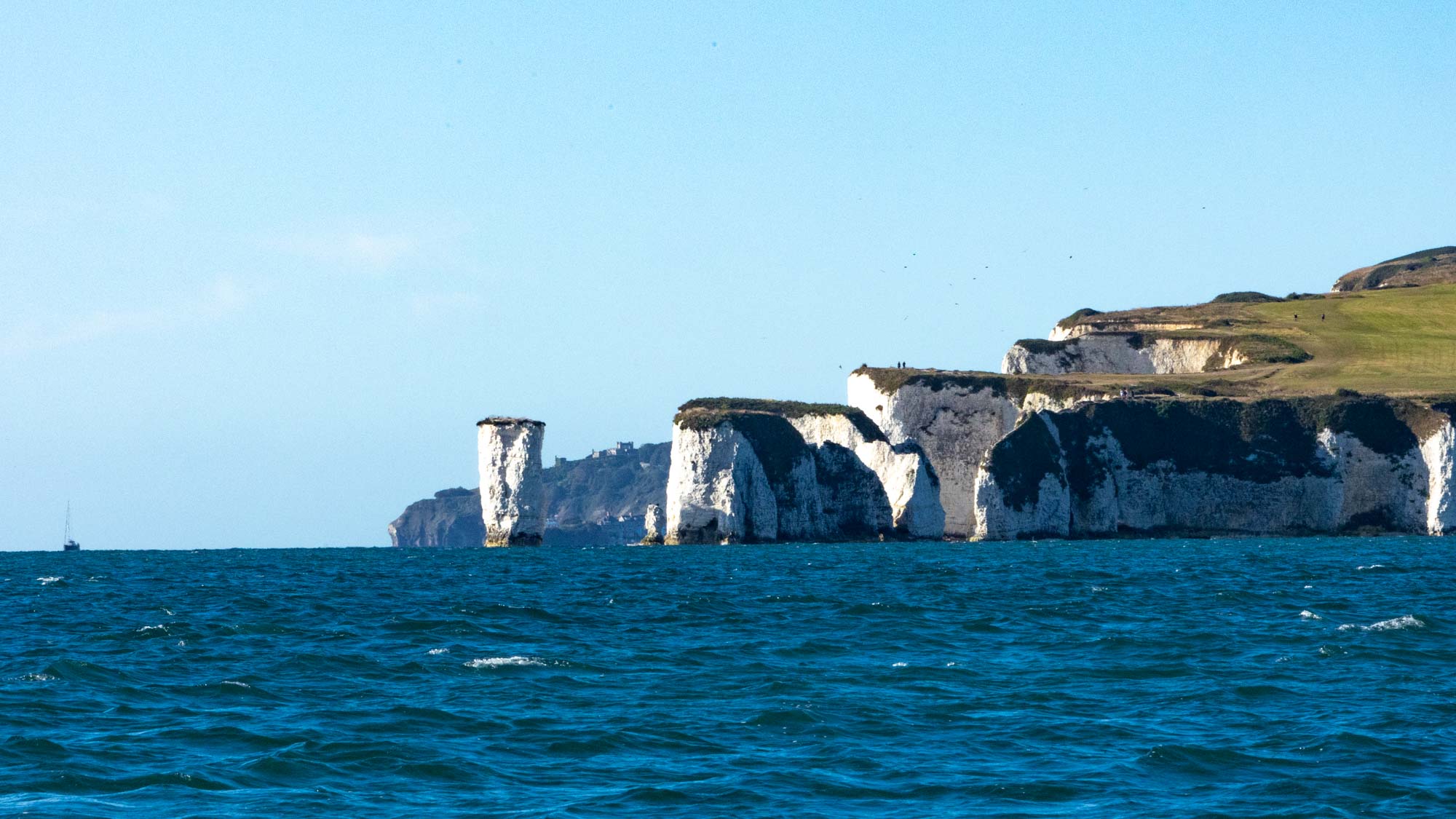 Old Harry at Poole Bay with Swanage in the background, Pevril Point in far distance.

A personal letter from Ian and the Sailing Trilleen project Intentions for the rest of September are to take Trilleen west out of the Solent to make some longer passages,… 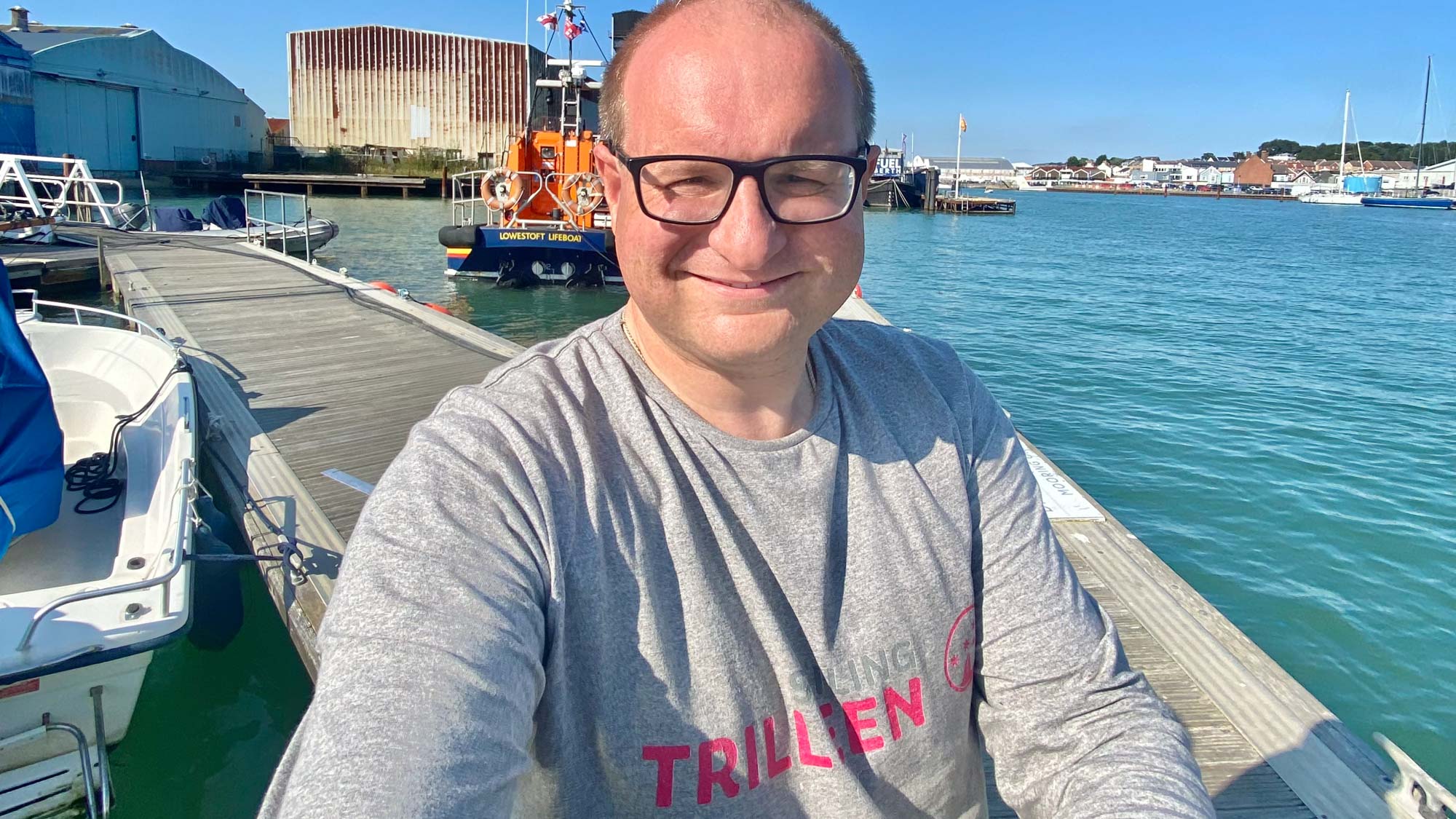 Ian Wyllie is sailing Solo Round Britain to promote the Andrew Cassell Foundation. Ian’s partner in this sail, Trilleen is a Vancouver 27 which fittingly is on her own rehabilitation…