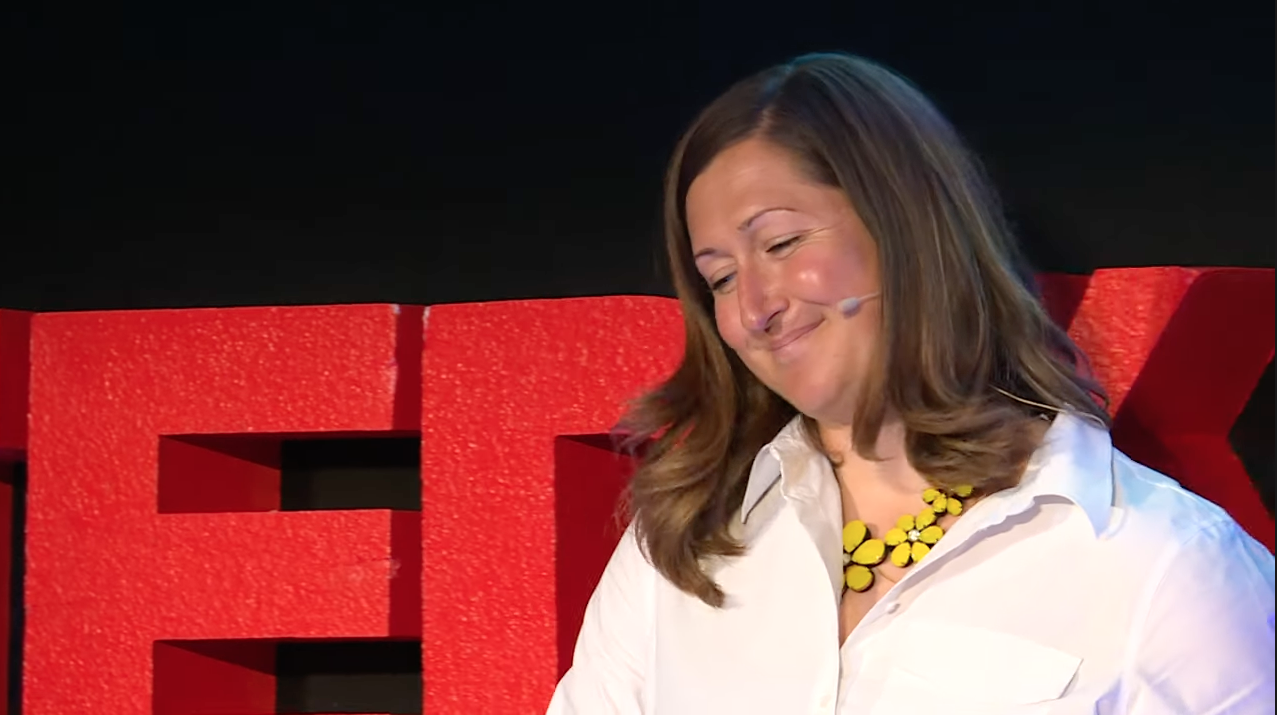 “For everything you have missed you have gained something else”

“For everything you have missed you have gained something else” Ralph Waldo Emerson’s words are some that I can entirely relate to you see what I lack in arms, I make up for in kidneys. Just to clarify I do actually have three kidneys so something clearly went wrong there in the allocation of body parts.

Growing up I knew I was different and not like everybody else and all through my school years I struggled with bullying and being reminded that I wasn’t normal, but then I found sailing and sailing for me was my escape it was a way for me to be just like everybody else I could leave my disability on the shore. At age 13 I started racing on the 29er dinghy circuit as part of the British youth squad; now all through that time I struggled with people’s challenging perceptions of my capabilities. People were always so quick to judge, taking one look at me and assuming that things wouldn’t be possible for me, without ever really giving me the chance. During one performance review a manager told me that sailing wasn’t my sport and that perhaps I should try table tennis. Fortunately I’m stubborn so when someone tells me I can’t do something it only serves to motivate me to prove them wrong. My time on the 29er squad was on the whole positive but what it did mean was that from a young age I formed the opinion that disabled sailing was the weaker option for me something I wouldn’t even consider after all I was aiming to get to the Olympics.

When I was 15 years old I was invited to a weekend of training with Andy Cassell the Atlanta Paralympic gold medalist. Now I wasn’t keen I absolutely loved racing the 29er and not only had I proven that I could race against the able-bodied guys but I could beat them. That weekend however Andy completely opened my eyes and made me realise that my opinion of disabled sailing was all wrong it’s the same racing, on the same race courses, around the same racing marks it’s just done by disabled people.

A phone call from John Robertson would open up another door for me John a paraplegic ex-RAF sailor was already on the squad but he was looking to form his own crew to go up against Andy Casell’s the UK’s number one now for months John and I searched for a third person to make up our crew and we would eventually find one in a double leg amputee named Steve Thomas.

We were together as a team for 16 years and there were plenty of ups and downs on the way, some of our highlights included winning the World Championships three times, having 17 World Cup gold medals to our names, and of course representing Great Britain at four Paralympic Games: Athens, Beijing, London and Rio.

In our final Paralympic Games Rio 2016, we really struggled to find our groove and to be honest the first two days of racing were an absolute disaster. We even finished last in one race, and then the magic day happened. I call it the click the clik comes into the boat and there’s no words no one’s speaking but yet everyone knows what’s happening and it’s this magic feeling and that day we won all three races but sadly that was as good as our Paralympics was going to get and we would ultimately finish in a disappointing eighth place.

Now I remember being really upset and heading back to the team hotel to FaceTime with my sister who was in the UK now whilst I’m on the phone there’s a knock at my door and it’s John he’s coming to get one of my Aero chocolate bars because knows I’ve got a bit of a secret stash. Don’t judge me that week alone I ate 48 Aeros.

On returning to the phone call I go to sit down at the desk and the next thing I know I’m on the floor I’ve broken the chair now my sister has obviously realised what’s happened and she’s crying with laughter now I’m crying with embarrassment because I was such a fatty that I’ve broken hotel property. I think perhaps the Aeros were to blame but it was in that moment that cathartic moments that amazing emotional release that my sister said these words to me that have stuck with me ever since sometimes you just have to accept that God has another plan for you and I think perhaps she was right

The Vendee Globe is the toughest longest most brutal ocean race there is. It’s nicknamed the Everest of the Seas for a reason, racing 24,000 miles around the world, non-stop, without assistance, and perhaps the hardest bit single-handedly quite literally in my case. On starting out on. my campaign I hadn’t appreciated quite how many barriers would be put in front of me how many walls would be built against me not least people’s opinions from fellow sailors to potential sponsors.

People were quick to question whether this crazy big ambition of mine was even possible. You see to this day no disabled sailor has ever taken on the Vendee Globe and in the last edition of the race in 2016 out of the 30 entries none were women.

I also needed to train as an offshore sailor transferring my skills from Short Course racing where the races last an hour and we get to come in at the end of the day for a shower and some food: to racing across oceans for days weeks or even months, which has seen my learning

curve sit almost vertical. Starting out I had no qualifications so I had to go and get my Yacht-master qualification that would allow me to race these big boats offshore I went to a sailing school on the East Coast to try and get my qualifications. Now meeting the head of the sailing school for the first time was a bit of a rude awakening for me I had wrongly assumed that with London 2012 and Channel 4’s efforts to bring disabled sport to the forefront of everyone’s minds that seeing disabled people wanting to do more wanting to achieve more and be more wouldn’t come as such a shock but it did to this instructor. He wouldn’t even entertain the idea of me doing my qualifications stating quite simply how would I even hold on to the boat let alone sail it. What that man doesn’t realise is that I would find a school that would teach me and not only would I pass my yacht-master exam but out of the 3000 people that take the exam every year I would be the best in 2018 I won the Yacht-master of the Year award and was presented with the trophy by Princess Anne at the London Boat Show

Perhaps that man shouldn’t have been so quick to judge me. Ellen MacArthur had a similar experience when she set out to do the Vendee Globe in 2000. One of the first things she was told was that she was too small to sail the 60-foot racing machines that are used in the race but thanks to the support and backing of her sponsor Kingfisher she not only built a fast boat she built a boat that was

designed entirely around her physique and what resulted was Ellen absolutely smashing the race and finishing in second place which is still to this day the highest a woman has ever finished in the Vendee Globe.

I have a similar attitude to the obstacles that are in my way it isn’t going to be about using brute force and ignorance to overcome them it’s going to be about thinking differently thinking outside of the box and using technology to help me sail my boat.

Some great examples of disabled sailors already using technology include Geoff Holt a quadriplegic who in 2000 sailed solo across the Atlantic His boat was designed entirely around a wheelchair user. His onboard computers monitored and controlled everything allowing him to sail with just the touch of a button. Then you have Natasha Lambert a young athlete with cerebral palsy who’s already taken on some incredible sailing challenges and who will later this year take on the Atlantic herself. She sails using a sip-and-puff system to helm the boat with just her breath alone. Her onboard computers control the sheet winches that adjust the sails so when the Natasha alters course greater than 15 degrees her sails are automatically adjusted. Neither of these sailors would have had the chance to take on such massive and awe inspiring challenges without the technology there to support them.

The future is ours technology has the ability to open up doors and to make anything possible and I think most importantly we’ve reached a moment in time where we can challenge people’s perceptions. We can learn to not judge on first glance alone we can break down those barriers that we all have in front of us and embrace our differences but of course remember: don’t judge a book by its cover 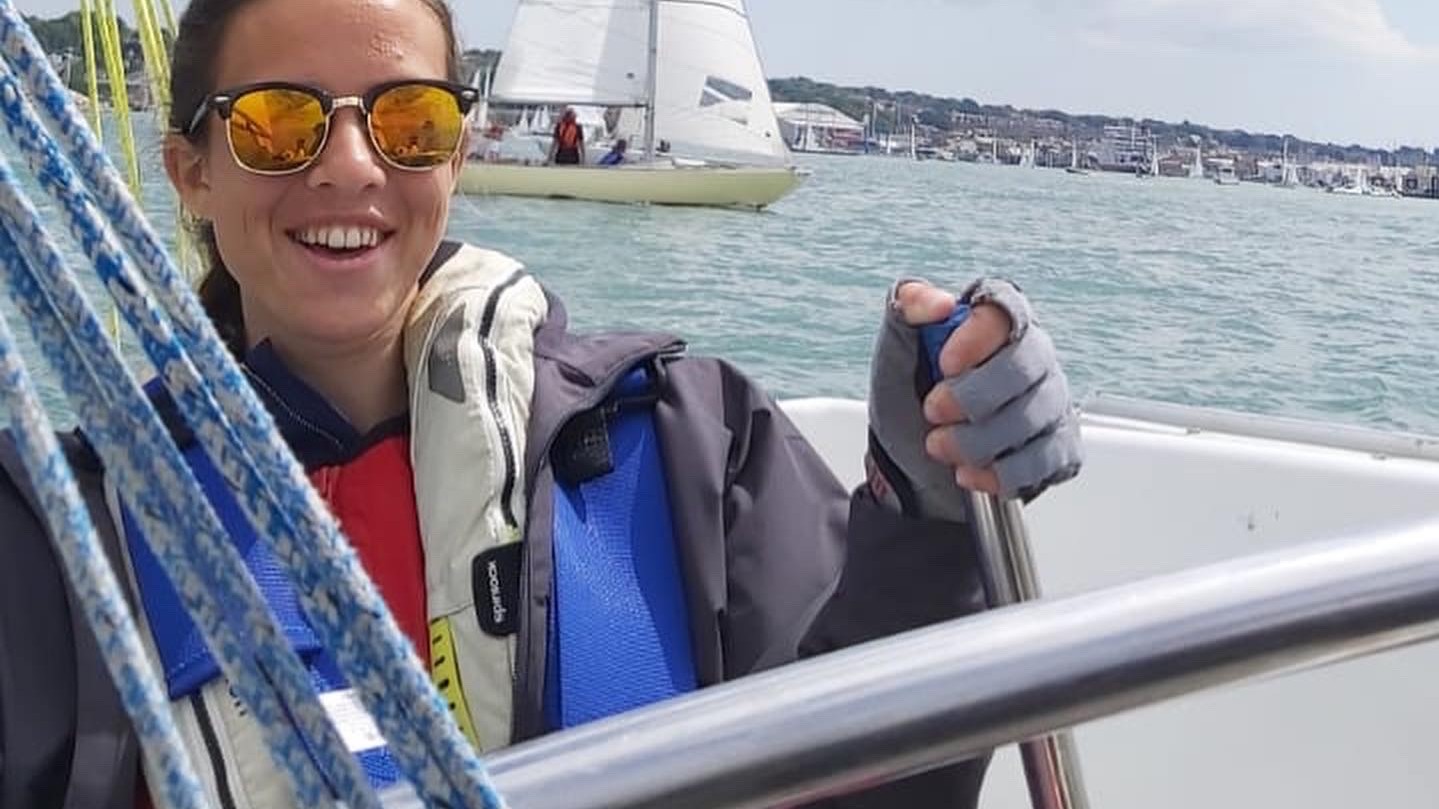 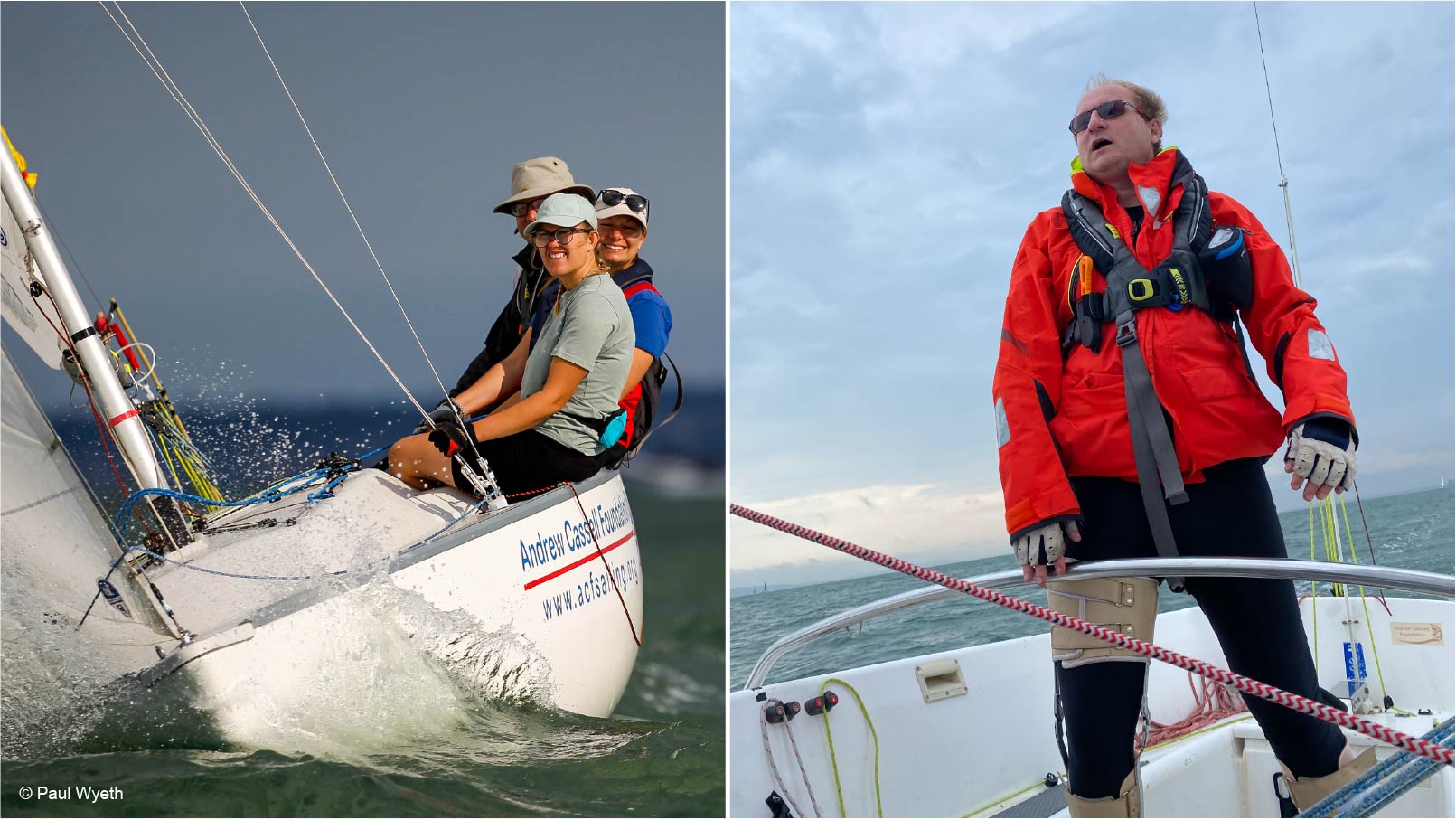 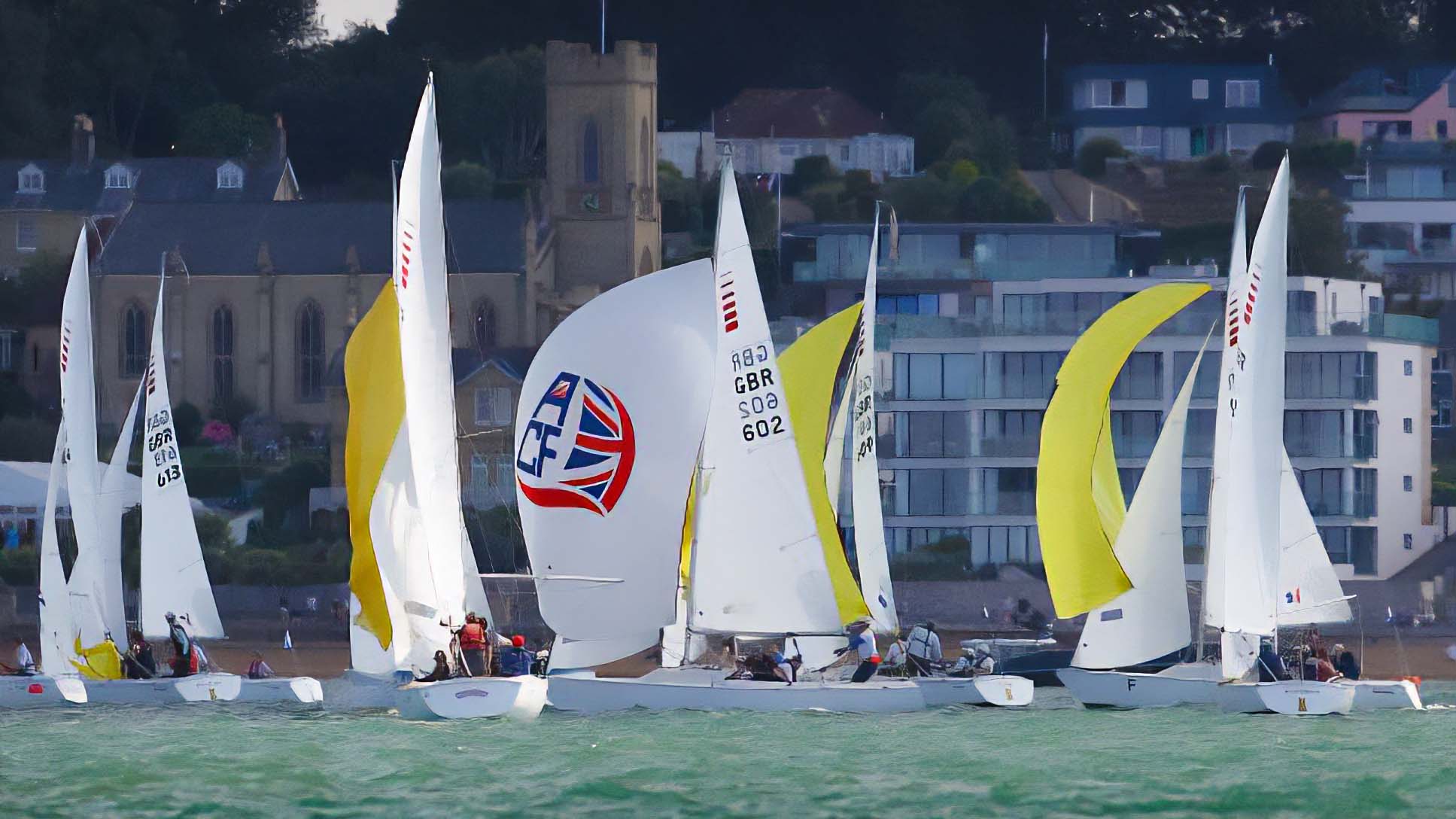